Law Office of Jason B. Going Belleville, IL | What To Keep In Mind If You Are Pulled Over For DUI 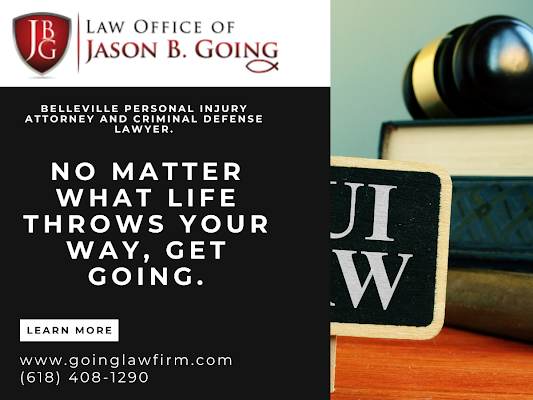 Being pulled over for DUI is not the best experience for any driver. If you have been charged with DUI in Illinois, there are several penalties you could face, including up to a year in prison. But it is possible to beat a DUI charge by identifying legal flaws in the evidence against you. Such flaws could include medical conditions, police errors, improper field sobriety test administration, and inaccurate breathalyzer BAC tests. More importantly, is what you should expect or do in the field when a police officer pulls you over.

It is always advisable to consult a DUI lawyer for guidance whenever you face a DUI charge. But this may not be possible in every instance. Therefore, you have to know how to take care of yourself first. Your actions may go a long way in smoothening your case and getting the charges reduced or the DUI case dismissed.

What should I do when pulled over for DUI?

Many drivers may have been pulled over by police for DUI in the past, but not many know how to avoid incriminating themselves. There are several misconceptions about how to handle the situation and what to say, or not say. So, if that has never happened to you, here are a few steps to get to react better.

For many, when their vehicle gets waved down by a police officer, their first impulse is to panic, even when nothing is wrong. The best thing to do is to pull over normally in a calm way. Therefore, use the turn signal, pull over, and come to a stop. Note that if you have been pulled over for DUI, your actions will be recorded.

When pulled over by a police officer, this is not the time to argue or become combative, whether you are right or wrong. Your conversation, both audio and video, will be recorded. The last thing you want is anyone watching the video to believe you were drunk, rude, and unreasonable. Ensure that you are polite in all your responses.

Do not admit to drinking

Any time a police officer pulls you over on the road, you have to provide them with your name, car insurance details, registration, and driver’s license. However, you are not obliged to answer any questions that will incriminate you, and that includes whether you had been drinking before the incident. It might be best if you remain silent and avoid answering incriminating questions. As mentioned earlier, the conversation is being recorded and your admission to drinking will be used against you.

While it may be legal to have a drink and then drive, it is illegal to drive while impaired. There is usually a thin line, but admitting to drinking will increase your chances of further questioning by the police.

The police may or may not ask you to get out of the car, depending on how convincing you have been. But it is not in their power to coerce you to take any sobriety tests. When asked to step out, ensure you comply, but do so in a normal manner. Once out, you should carefully determine whether to perform the field sobriety tests if offered; your performance on these tests may allow the police to believe you are intoxicated even if you are not.

The field sobriety tests are usually very specific and difficult balancing tests. Those with poor balance are bound to fail the tests, regardless of the amount of alcohol consumed. Even those with great balance can still potentially fail given how difficult the tests are. You should carefully decide whether or not to take any field sobriety test.

In some cases, the officer may ask you to breathe into a breathalyzer or take urine or blood tests. You may wish to politely refuse these tests for many reasons. Firstly, breath tests are extremely unreliable. Also, whether you do the tests or not, you might still be arrested for DUI. However, for declining the chemical test, you may face a suspension of your driving privileges. If convicted of DUI, you may have your driving privileges revoked. This means that taking the chemical tests, which may provide a prosecutor additional evidence to convict you with, is a calculated risk.

After being arrested, don’t make any statements

This step is especially critical when you are in the back of a police cruiser. Most of these vehicles tend to be fitted with cameras and/or microphones in the front and back seats. Therefore, any video and audio will be recorded.

Remember that during your interaction with the police, you can politely refuse to make any statements unless your attorney is present.

Knowing your rights may enable you to avoid a DUI case. For instance, police officers have to follow several procedures when conducting DUI investigations on the road. But most of them rarely do, and you wouldn’t know. Moreover, DUI blood testing can yield unreliable results.

All hope is never lost when you are charged with DUI. The police officers may have bungled with roadside investigations, blood testing and breathalyzers are prone to error, and some medical conditions are likely to falsely render high BAC readings. You must work with a highly trained Illinois DUI lawyer. The lawyer can capitalize on the reasons above, and many, many more, to win your case.

Contact us right away to discuss your DUI case.